Kiran, a 2008-12 batch student of AITS, Rajampet is bringing glory to the institution by pursuing a rewarding career in Acting. Kiran is all set to make his Tollywood debut with the film ‘Rajavaru Ranigaru’ starring Tamil actress Rahasya Gorakh against him. The film is directed by Kola Ravi Kiran. The ex-AITSian held the audio release of the film at his alma mater. Kiran, who was a software professional left his job to pursue a career in acting. 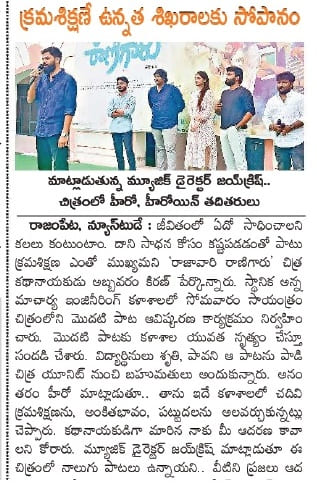 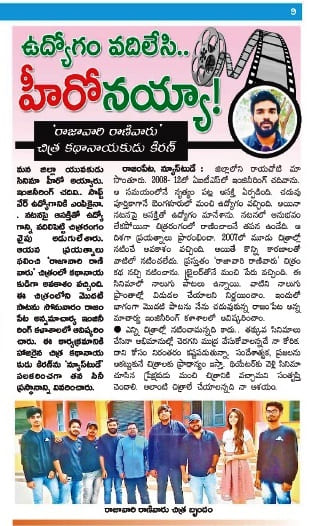